Erick Ramos, began his musical studies at the age of 11. At the age of 12 he began with the violin within the El Sistema Program. Later he joined the Monagas Youth and Children’s Orchestras and the Maturín Chamber Orchestra. Erick studied violin and chamber music with Maestro Dr. César Suárez and received lessons  with some of the most important teachers of the Latin American Violin Academy in the Barquisimeto. In 2015, he entered the Simón Bolívar Conservatory to study with maestro Efraín Lara, in the city of Caracas while performing with the José Tadeo Monagas Symphony Orchestra. In the same year, he embarked on a Tour to the island of Santa Lucia, in the Caribbean, with the Maturín Chamber Orchestra, also carrying out pedagogical activities with the students of the Saint Lucia School of Music.

Since the end of 2016, he has lived in the city of Lima, Peru, and since then, Erick has been a member of the Bicentennial National Youth Symphony Orchestra until today; This orchestra has opened doors to various opportunities to share the stage with important international artists such as Nicola Benedetti, Leonard Elschenbroich, Alexei Grynyuk, Anna Netrebko, Yeol Eum Son; and in the same context playing for the masterclass dictated by the famous violinist Vadim Repin, in 2017.

In Peru, he has been a violin instructor for the Orquestando educational program, as well as music academies and organizations dedicated to cultural development. In 2018, he entered the upper section of the National University of Music of Peru, in which he has participated in various violin recitals, masterclasses, and chamber music.

Erick has participated in important international festivals such as: The 14th and 15th FEMUSC of 2019 and 2020 (Brazil), Projeto Serioso with the masters Richard Young (Vermeer Quartet) and Richard Roberts (Orchester Symphonique de Montréal), International Festival of Música Guaranda 2019 (Ecuador-Colombia), as well as its Online edition of 2020, the 50th Campos do Jordão International Music Festival of 2019 (Brazil) and the VI Gramado in Concert of 2020 (Brazil). In these festivals he has received classes and shared the stage with great world-class artists, such as: Leon Spierer (Berliner Philharmoniker), Alex Klein and Clara Takarabe (Chicago Symphony Orchestra), Giancarlo Guerrero (Nashville Symphony Orchestra), Charles Stegeman (Duquesne University ), Cármelo de los Santos (University of New Mexico), Claudio Cruz (Orquestra Jovem do Estado de São Paulo), teacher and pedagogue Elisa Fukuda, among others.

Erick is currently a student of Maestro Samuel Vargas and he continues his pedagogical training as a teacher in the Mentors Program and artistic development by supporting the “Hojas Blancas” social project. both run by the Samuel Vargas International Music Foundation. 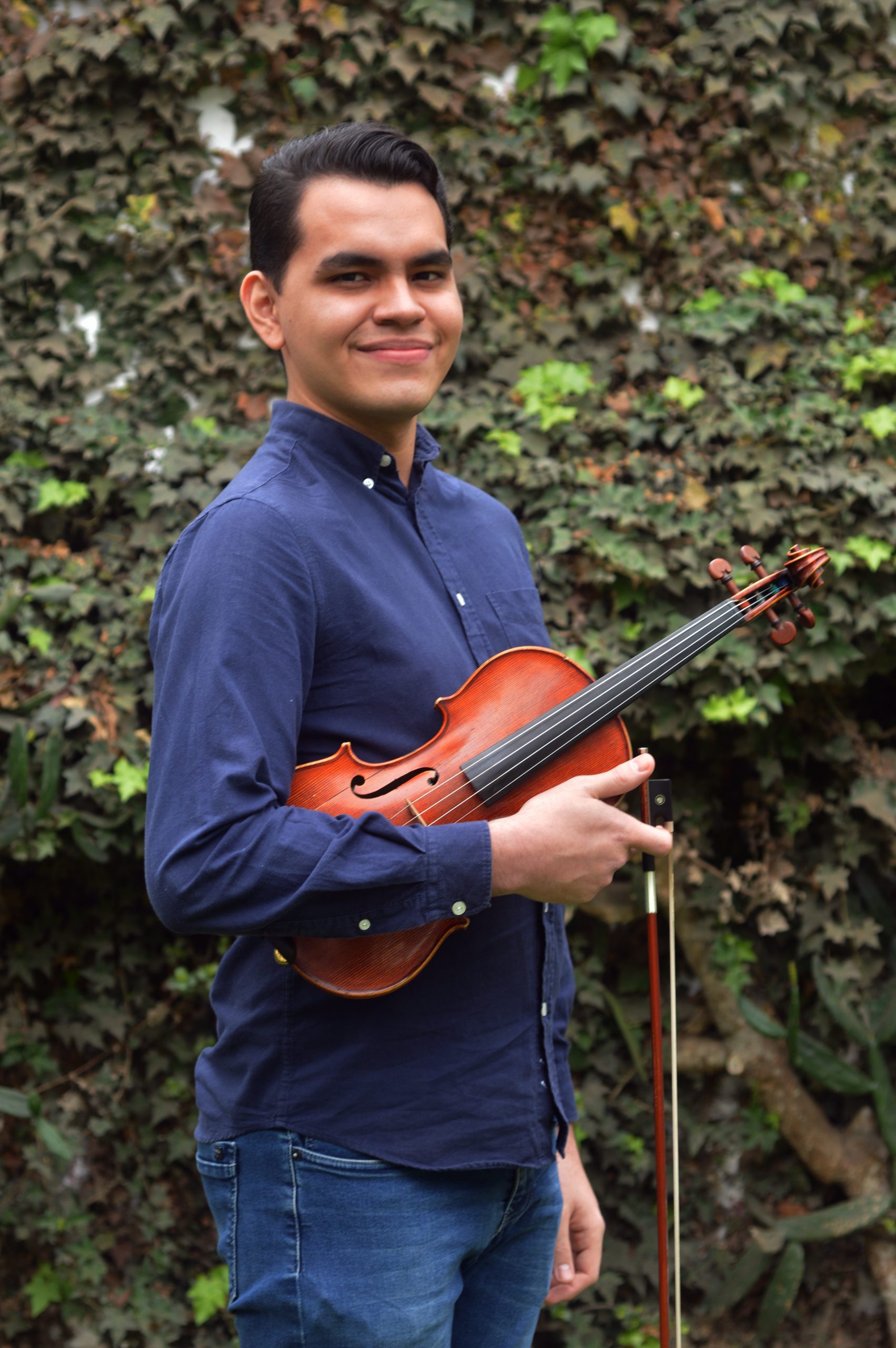